Our Most Popular Stories of 2021

2021 was a remarkable year, one that brought tragedy and joy, challenges and hope. While we continued to wrestle with the reality of COVID-19, we remained connected to our communities, partners, donors, and each other.

Before we get too far into 2022, let’s look back at some of our most inspiring moments and popular stories of the year that was.

1. Bringing the Science of Human Behavior to Environmental Challenges

Our Center for Behavior & the Environment (BE.Center) produced an incredible new resource to empower environmental practitioners. Together with The Scientific and Technical Advisory Panel of the Global Environment Facility, the BE.Center’s comprehensive literature review and accompanying video identify the best examples of evidence-based interventions using behavioral science.

In June, Rare launched the Coastal 500—a global network of mayors and local government leaders publicly pledging to act for the ocean and the people who depend on it. Hear from the mayors why they did it.

In this Behavioral Scientist piece, the BE.Center’s Madhuri Karak and Philipe Bujold take you to Colombia where Rare’s Lands for Life program is applying a stepwise behavioral approach to shift even the most entrenched farming practices.

4. How Women in Coastal Fisheries are Adapting to Climate Change

Fishers. Traders. Local officials. Small business owners. In Indonesia and the Philippines, women in a variety of roles are leading their coastal communities’ adaptation to climate change.

7. To Protect the Sea, Santafeños Sail Once Again

The community of Santa Fe, Honduras used to hold a sailing competition to honor its strong ties to the sea. But the races stopped as interest waned, and the health of fisheries spiraled downward. In this visual story, see how we worked with local leaders, partners, and the community to reverse the trend. 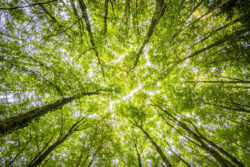 In the new year, many people resolved to fight climate change by changing personal habits. But after the first month or so, those resolutions are put to the test. Rakhim Rakhimov of Rare’s BE.Center shared 3 behavioral tips for keeping your climate resolutions. 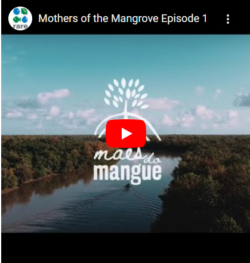 9. Mothers of the Mangroves

Mangroves offer vital protection against climate change, but everything from development to unsustainable fishing practices threatens them. In this four-part video series, we meet the “Mothers of the Mangroves,” women living in coastal communities along Brazil’s northern coast who not only nurture and protect these life-sustaining ecosystems, but offer global leaders an important perspective to consider in climate discussions.

The IPCC Report, COP26, and the Ocean in Between