As the world’s largest island country—a vast archipelago made up of 17,000 islands with over 34,000 miles of coasts and hundreds of distinct native ethnic and linguistic groups—Indonesia is endowed with natural richness. It has the world’s second longest coastline, one of the world’s largest tracks of mangroves, and the second-largest area of coral reefs in the world; in fact, 97% of Indonesia’s coral reefs are located within territorial waters (0-12 nautical miles from shore).

The coastal fishers and fisheries that depend on these essential natural assets form a key part of the nation’s cultural heritage and economy. 80 percent of Indonesia’s 2.4 million fishers are small-scale coastal fishers, using small boats and simple gears to fish in nearshore areas for food and income. These fishers account for over half of Indonesia’s total wild fish production. 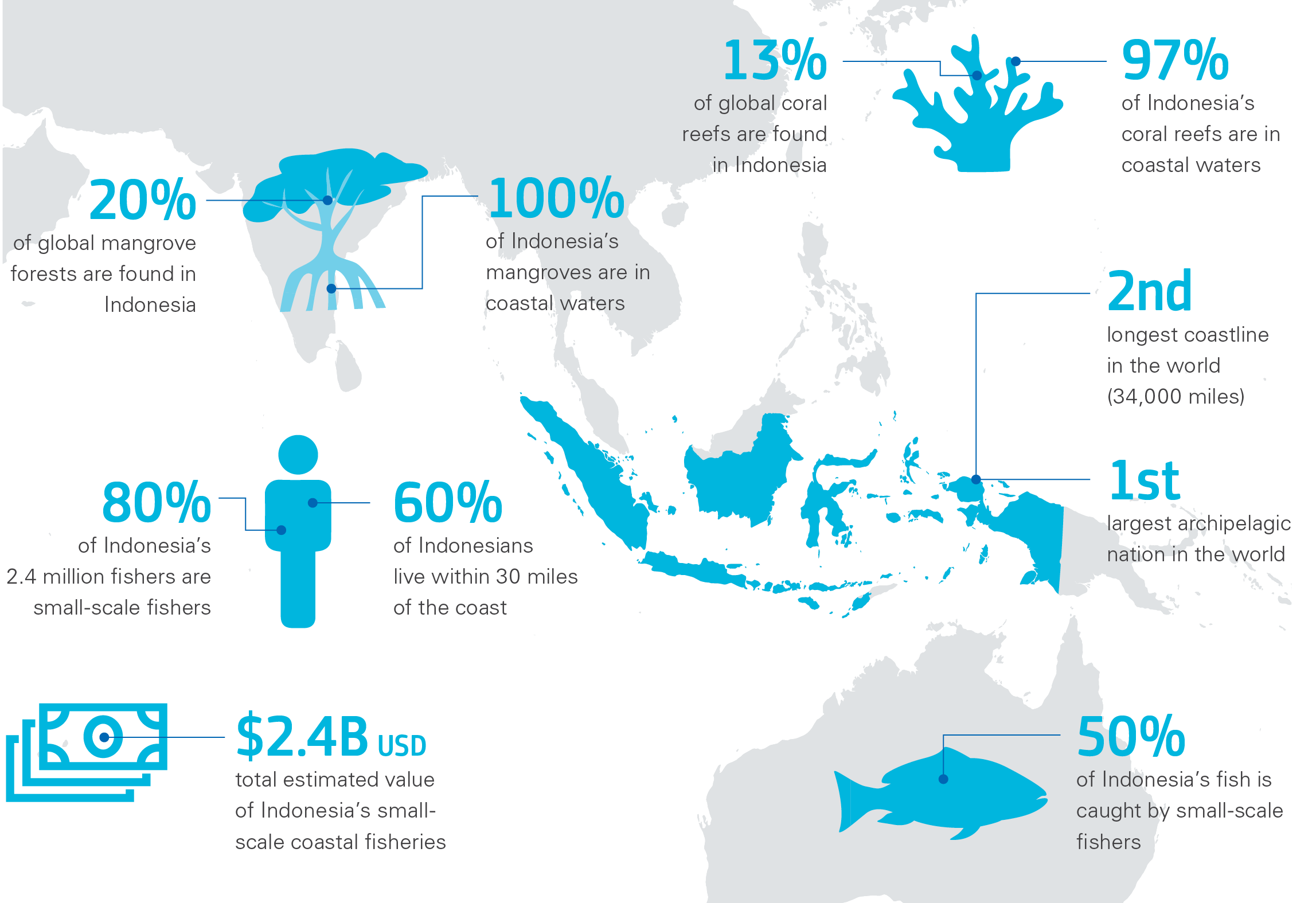 Unsustainable and poorly-regulated fishing practices, poor enforcement and governance, degradation of essential fish habitat, and external stressors such as climate change severely threaten the coastal fisheries on which Indonesia’s coastal fishing communities depend. Declining fisheries destabilize nationwide development efforts and pose a material threat to Indonesia’s economy, as well as the food security and livelihoods of millions of people. The first to feel the impacts of these depleted resources are coastal fishers and their families and communities.

Sign me up for occasional emails to learn more about Rare’s work and how I can support its mission. I know I can unsubscribe at any time.

The Ministry of Marine Affairs & Fisheries, the Ministry of Environment & Forestry and Rare commit to developing a breakthrough on marine conservation area management, together with the local fishers, to strengthen their sense of belonging and to preserve their ocean as their source of food and income.”

Rare celebrates the International Year of Artisanal Fisheries and...