Brazil is one of the most populous and diverse countries in the world, home to spectacular beauty, biological diversity, and unique blending of indigenous and non-indigenous populations. As South America’s largest country, its lengthy Atlantic coastline—stretching almost 5,000 miles—and coastal waters support more than a million coastal, small-scale fishers who depend on Brazil’s natural bounty for food and income.

The vast majority of fishermen in Brazil are small-scale, concentrated in the country’s northern and northeastern states, and account for most of the country’s fish landings. Further, Brazil holds the world’s largest contiguous mangrove area.  Such lush and essential vegetation provides food for millions of people and habitat for hundreds of species of plants, arthropods, mollusks, crustaceans, fish, and birds.  Importantly, mangroves also help to mitigate the impacts of climate change. 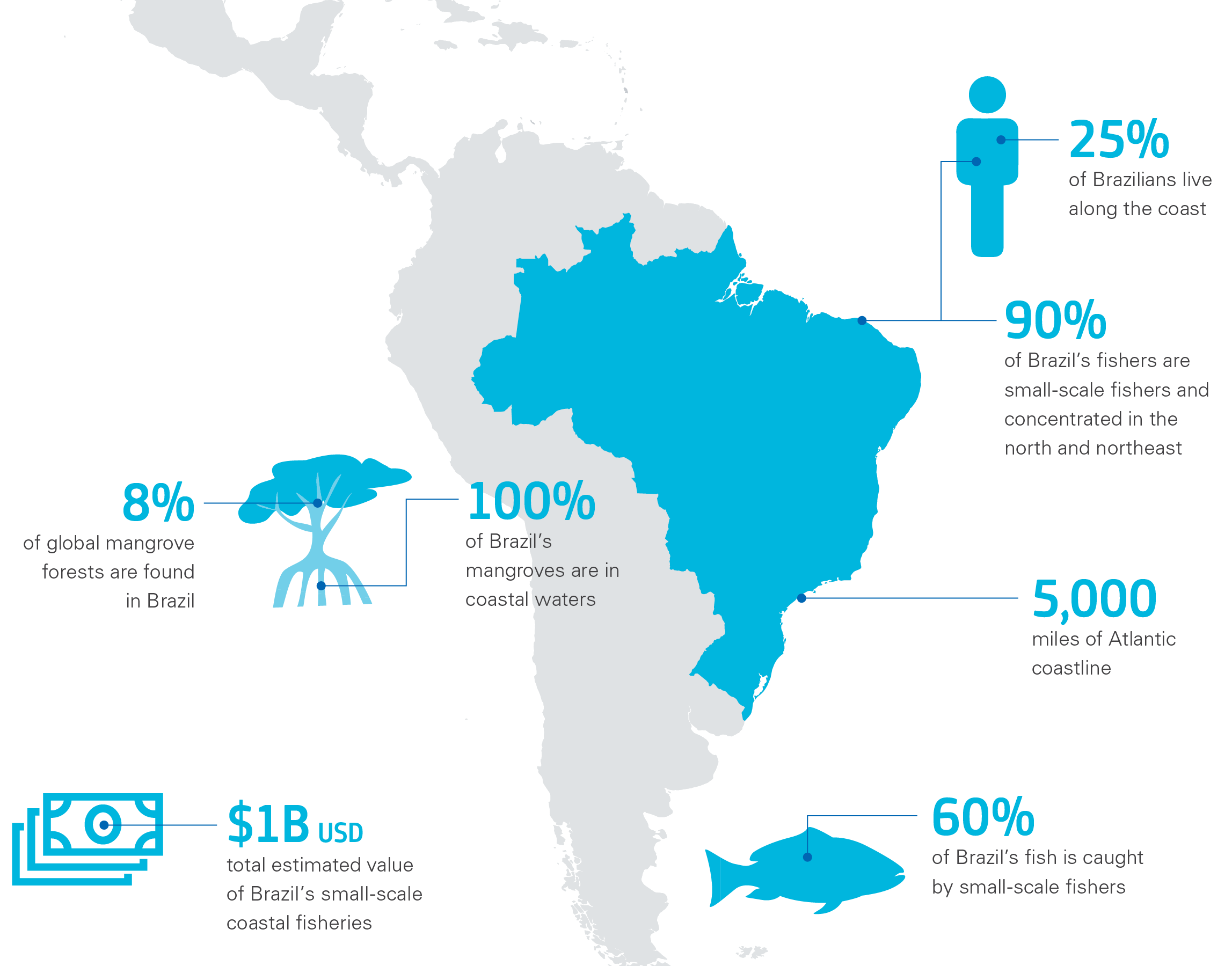 Despite existing area-based fisheries management that provides preferential access to traditional fishing communities, the communities lack confidence in their abilities to sustainably manage their fisheries.  Further, they distrust the government to respect their decisionmaking authority; and this distrust is compounded by high-level political corruption scandals that continue to destabilize the country. Unsustainable management of Brazil’s coastal fisheries will imperil the food and income security and biodiversity benefits these vital systems have provided communities for generations.

Sign me up for occasional emails to learn more about Rare’s work and how I can support its mission. I know I can unsubscribe at any time.

Fish Forever in Brazil works with fishing villages to build and strengthen community-based coastal fisheries management inside existing coastal and marine protected areas within Brazil’s northern states, such as Pará.

Rare’s support has been fundamental to creating an opportunity for discussion and learning among leaders, fishers, and buyers.”

Fish Forever has developed an extensive global partnership network of over 100 organizations and institutions to make change happen. Rare focuses on building the capacities of our implementing partners to sustain this change long after Rare’s involvement ends. Rare partners in Brazil include national government agencies, including the Ministry of Environment and Instituto Chico Mendes de Conservação da Biodiversidade, CEPENE, and the National Commission for the Strengthening of Marine Extractive Reserves and its Traditional Communities; state and municipal governments; fisher associations; universities; NGOs; and other civil society groups.

Rare and Ocean Action at the UN Climate Conference