Fish Forever in the Philippines

Considered the center of global coral ecosystem biodiversity, the Philippines’ waters contain almost ten percent of the world’s coral reefs (93% of which exists in its territorial seas, 0-12 nautical miles from shore), large swaths of mangrove forests and more Marine Protected Areas than any other country. 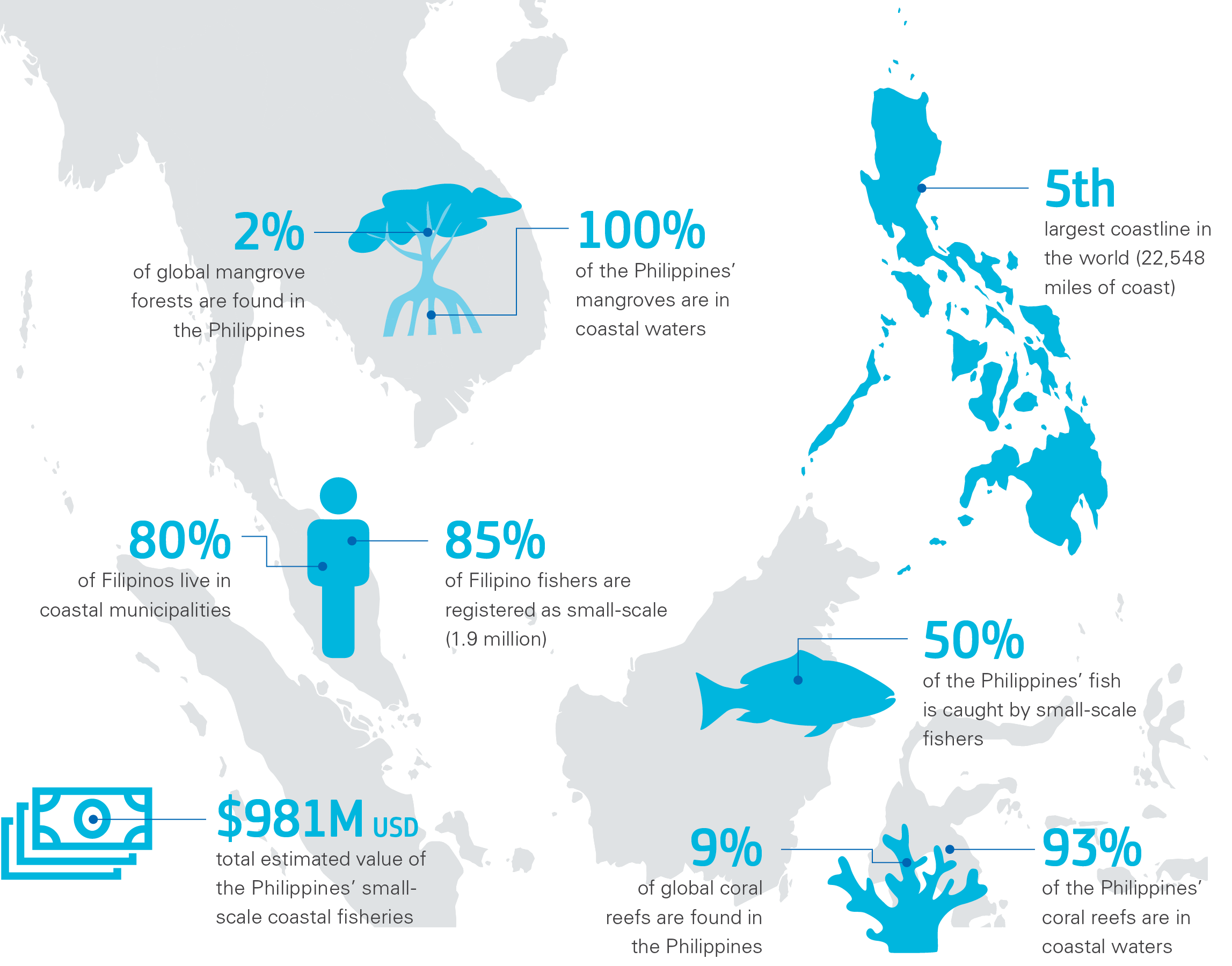 Despite the importance of the Philippines coastal fishing sector, and government support for fishers’ preferential access to coastal waters, the country’s small-scale fishers are among the poorest and most marginalized people in the country. The locals’ reliance on fish-based protein has driven widespread and chronic local overfishing and fish stock decline. Small-scale fishers’ average catch per day has decreased steadily for decades; they now spend more time at sea, going further and further from home, for smaller yields. Despite efforts to regulate the fishing industry, open access to marine resources has remained the norm, leading to unsustainable levels of fishing in coastal waters.

Fish Forever in the Philippines works with fishing villages and municipal governments to build and strengthen community-based coastal fisheries management of the Philippines’ municipal waters.

Giving exclusive rights to fishers carries with it an obligation to fish in a responsible manner. This is the only way they can enjoy the privilege of fishing in our municipality, and ensure that we will have abundant supply of marine resources for the current and future generations.”

Coping with Covid-19 with Mayors in the Philippines

Rare celebrates the International Year of Artisanal Fisheries and...