Rare Senior Director Kevin Green talks behavior-centered design, the BE.Hive summit and what's next for the Center for Behavior & the Environment

A conversation with Kevin Green, Senior Director of Rare’s Center for Behavior & the Environment (BE.Center), ahead of the March 19 Be.Hive Summit: Climate Change Needs Behavior Change. 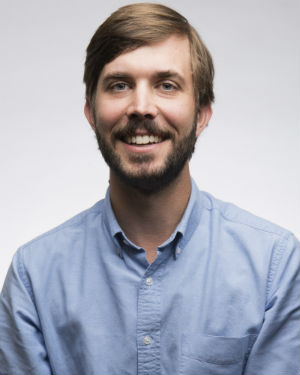 [Laughs]. It’s a great question and one that the BE.Center is laser-focused on tackling.

If you look at the big, hairy global challenges that the environmental field is grappling with — things like climate change, global fisheries collapse, biodiversity loss and species extinction, pollution, deforestation, the list goes on — solving them relies on changing how we use resources in our everyday life.

But in conservation, we’ve historically relied heavily on a small set of tools to try to change behaviors — facts and data, policies and regulations, economic and financial incentives. We default to using them, and they’ve been successful, to some degree, but they aren’t enough. We need to capitalize on the revolution in the science of human behavior — about how we make decisions and what motivates us — to build the right set of tools for solving global challenges like climate change. And we need to do it soon.

We need to capitalize on the revolution in the science of human behavior — about how we make decisions and what motivates us — to build the right set of tools for solving global challenges like climate change.

In your opinion, what’s the single most important element about the relationship between climate change and behavior change that people working on the issue should know?

I think the most profound one is that facts alone don’t change minds. Even climate scientists agree that just presenting the facts behind climate change isn’t going to solve the problem. We’ve got to start trying other strategies. That’s when we start to get into what behavioral science makes available to us — things like focusing on identity, rather than facts, since people are motivated much more by their identity. Katharine Hayhoe speaks really well on this.

What’s the BE.Center bringing to the climate change table that isn’t there right now?

It’s bringing non-traditional tools like emotional appeals, social incentives, and choice architecture into the toolkit. We’re translating science into practice, organizing the brightest behavioral scientists to tackle environmental challenges and partnering with them to apply the science in the field. We have a fantastic group of partners working with the BE.Center to help us improve the evidence base that applied behavioral science works. These insights I’m describing have been used in fields like public health and the social sector, but we need to demonstrate those proof points and build that evidence base for conservation. And we’re focusing on increasing capacity for people working on climate change and conservation to use those non-traditional tools as expertly as we apply policy economics and information.

But why Rare? What’s the value-add?

As the BE.Center’s founder, Rare has a unique opportunity to lead these efforts. We have a living laboratory in the field and deep experience implementing hundreds of projects around the world and engaging communities in community-led behavioral change. Right now, we’re evaluating what we’ve learned from this over time to create and apply an even-more-scalable behavior-centered approach to those hairy challenges I mentioned.

We have a living laboratory in the field and deep experience implementing hundreds of projects around the world and engaging communities in community-led behavioral change.

Tell us more about what’s behind a behavior-centered approach. How does it work?

Behavior-centered design (BCD) blends the best insights from the behavioral and social sciences with design-thinking mindsets and approaches to identify the most effective strategies for changing the behaviors of a specific group of people. It’s a creative process, and we want to make it the norm rather than the exception for our field.

There are two essential elements to understanding it. One is that behavioral science gives us insights and stylized facts about how humans behave wherever they are; the second is that while the field is good at presenting these facts, it doesn’t necessarily tell us how to apply them.

Yeah — sounds wonky, I know — but they’re really important, and fascinating ‘truths.’ By definition, they’re empirical findings so common and consistent that they’re accepted as truth. Let’s take “confirmation bias.” As a stylized fact, it says that people actively pay attention to information that confirms our existing beliefs but ignore information that contradicts those beliefs. It’s a factual statement about our behavior but doesn’t tell us how to use it to influence behavior. So, instead of simply acknowledging this bias, the design principle employed would be, ‘build on existing beliefs; don’t try to change people’s minds.’

You sound excited by BCD and its potential. So, what’s next for the BE.Center?

We’re off and running on some exciting stuff. The BE.Hive summit is on March 19th, and it’ll bring a kaleidoscope of characters together to explore climate change through the lens of human behavior.

We’re thinking hard about how the BE.Center can contribute to reducing our individual footprint. We’re really proud of a report we wrote this year that we’ll use as a jumping-off point for future work. It identifies the most promising behavioral solutions to combat climate change at the individual and household level, things like eating plant-rich diets and reducing food waste, that added up could potentially mitigate a third of expected greenhouse gas emissions over the next 30 years.

Obviously, climate change is complex, and I don’t mean to oversimplify existing behavioral solutions’ role. But the point is, that they make a bigger piece of the pie than we think — and there’s a big opportunity to drive that forward at the same time as the world is trying to achieve massive policy reform and investments in technology to combat it. So, come to BE.Hive and learn more. I mean, Andrew Zimmern will be there…at the very least, you’ll get to try some bizarre proteins with an international legend!

Stay updated on BE.Center news by subscribing to the Behavior Beat.

On Nudging: Behavior Change is a Journey, Not Just a Destination