Jintian farm is a medium-sized family farm in northwest China with a dirty secret: Its soil is rich, making billions of microbes and millions of microorganisms that are helping to cultivate an organic cotton product unlike most in the region. Located in Xinjiang province, in China’s largest cotton-producing region, Jintian stands out among the province’s thousands of cotton-producing farms — not because it’s seeking certification to become an organic cotton producer like so many other farms, but because it’s trying to correct what’s generally wrong with organic cotton in China. The soil, that is.

“Organic starts from the soil, not from the product.”

Mr. Shen, CEO of Jintian farm, is a visionary. As he likes to tell his 200 farmers who work and live on the over 3,000-acre farm, “Organic starts from the soil, not from the product.” 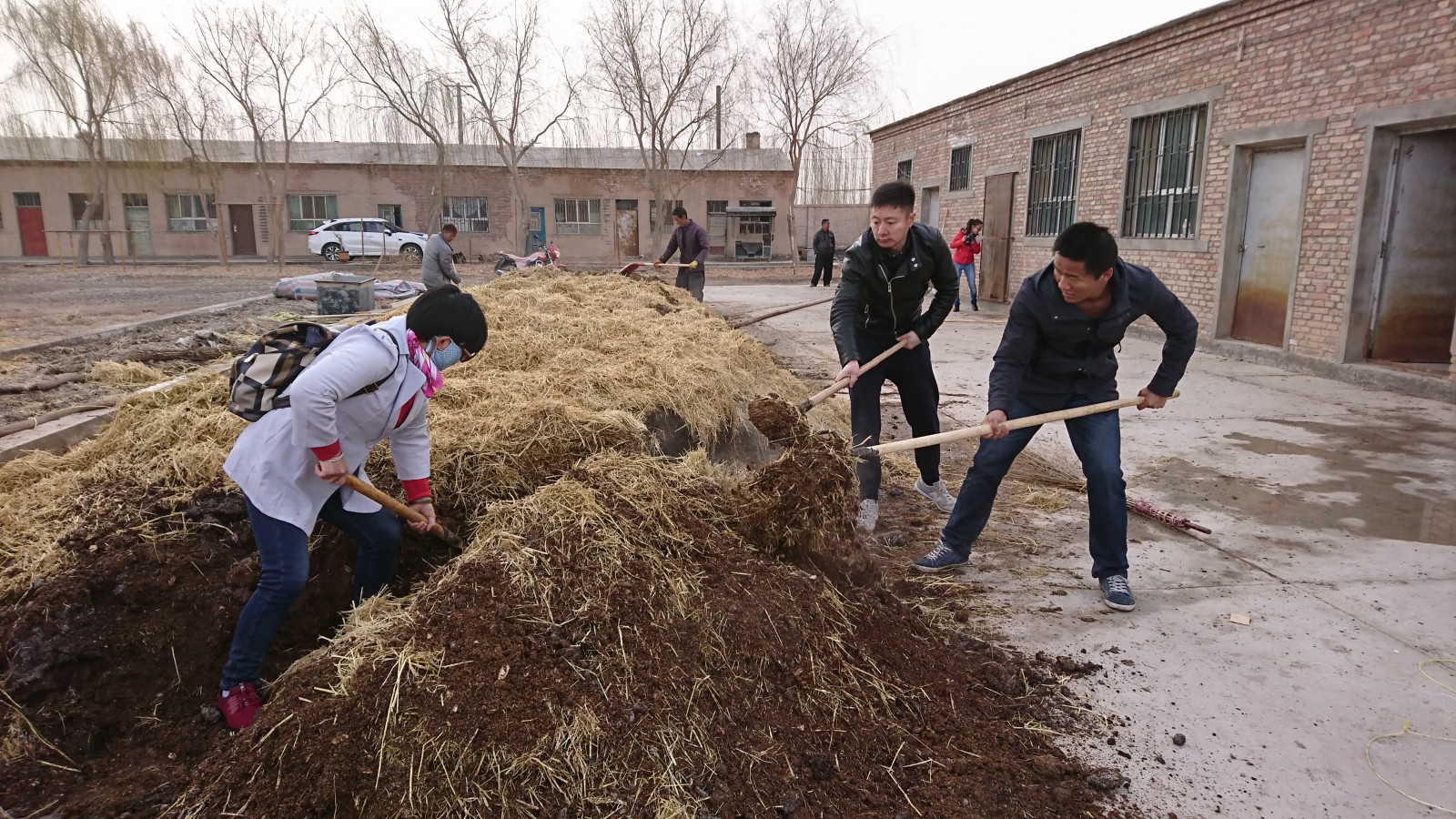 When Rare met Mr. Shen in 2017, he was already transitioning away from conventional methods to improve both the cotton and the lives of his farmers. He joined the Better Cotton Initiative in 2013. And he rotates his crops every three years (a technique rarely practiced in Xinjiang — even by organic farmers). But deep down, Mr. Shen knew that it wasn’t good enough to be ‘slightly better than’ business-as-usual.

So, when Rare approached him to discuss transitioning the farm to organic cotton, and using his farm’s natural outputs, like rice straw, to create the compost that would replace chemicals for their cotton and rice plots, Mr. Shen was interested. “At first, we were skeptical about whether cotton could grow without chemicals. But, we saw it as a growing market trend and wanted to try.”

Working with Rare, Jintian farm set aside 176 acres for organic production. The farm also partnered with Soil&More Impact (SMI), a German climate and soil consultancy, to improve the farm’s soil. SMI found that composting, cover cropping, and reducing tillage could increase organic matter in the soil and trap carbon emissions, improving the soil’s long-term productivity and capacity to curb climate change. In March 2018, with support from Rare and SMI, Jintian made and then applied 300 tons of compost to their organic cotton and rice plots.

The results are promising. The organic cotton had a higher quality than the conventional while producing a similar yield. Meanwhile, the soil is richer and healthier. Organic matter and carbon levels are both up 15 percent, with three times more beneficial insects than the conventional soil.

And not all the good news was below ground. Water usage fell 17 percent.

With such early results, Mr. Shen’s skepticism has waned. “The results far exceeded our expectations. Based on these results, we are forming a plan to turn all our land into organic land in 10 years, starting with composting.”

Veronica Yow, a Manager with Rare’s China program, points out that Jintian Farm’s results are not only promising for farmers but also a sector dominated by those seeking certification for certification’s sake. “It’s not just about meeting organic standards; it’s about making real change on the ground, in the ground, and with those who are farming it. Jintian farm is doing this,” said Yow.

Trusting in the ground, and each other

Having a visionary leader who can get behind soil conservation is one thing, but making sure that the farmers understand why it’s important is another. Using its signature social marketing campaigns coupled with behavioral insights, Rare educated farmers about the importance of soil conservation and inspired them to adopt different attitudes and practices toward organic farming.

“The cohesiveness of the farm is stronger, and everyone is more motivated to work. The farmers and I are now closer. They often joke with me. We are like a family.”

During the growing season, between April and November, Rare and Jintian ran community engagement campaigns designed to inspire trust, communication, and participation. They screened movies, held festivals and promoted the campaign through posters, billboards, and announcements. “Rare helped us to integrate organic knowledge into entertaining activities for the farmers so that everyone could have fun while learning new knowledge at the same time,” said Li Yan, the farm’s Financial Manager.

As Wang, one of the Farm’s Leader’s described it, “The cohesiveness of the farm is stronger, and everyone is more motivated to work. The farmers and I are now closer. They often joke with me. We are like a family.”

In an age when many of China’s farms are fading as the rural population shrinks, a focus on healthier soil and strong communities could sprout tremendous potential.