The trick is knowing which opportunities are special. 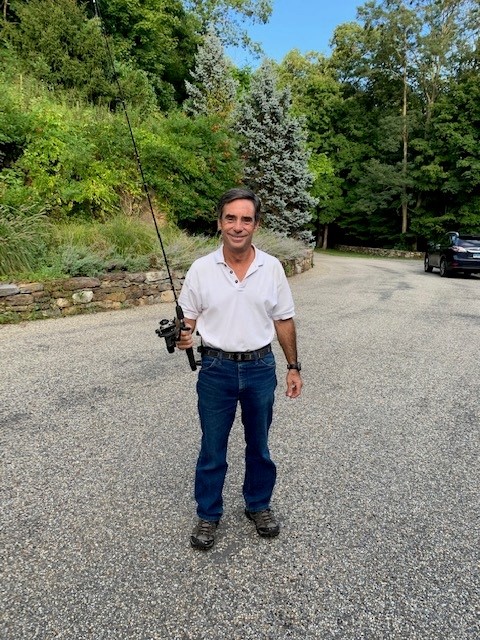 Gary Goldring likes to live in the present. And presently, he is living a full life. As a part-owner of the Tampa Bay Rays, an outdoors enthusiast, retired lawyer, newish grandfather, developer, turtle-lover, and philanthropist, Gary wakes up ready to tackle each day anew. “The best thing anyone ever said to me was ‘be open to opportunities.’ Opportunities pass people by all the time. The trick is to know which ones are special—which ones you have to jump on and ride.”

Gary has been a Rare donor since 2003 when “opportunity” knocked on the front door of his New York City apartment. “Hank Paulson (Gary’s colleague and long-time Rare supporter) told me I needed to meet Brett Jenks. So, when Brett showed up with someone I had known for 20 years, I thought that was good karma.”  Gary supports Rare through the Goldring Family Foundation and relies on relationships and instinct to guide his long-term giving. “You get a sense of how an organization is doing by getting to know the people and seeing whether they have passion and take pride in the organization’s accomplishments. To invest in an organization, I have to like and be confident in the people. I give to Rare because I have confidence in both the organization and in Brett personally to accomplish the mission.”

Gary relates to Rare’s mission: “I identify with the idea that people have to believe in their value and the value of their surroundings to incentivize positive behaviors.” As a former businessman and Co-CEO at the trading firm Speer, Leeds & Kellogg, Gary started aligning his businesses with behavioral economics in the 1980s after attending a lecture by Richard H. Thaler, renowned behavioral economist and a 2017 Nobel Prize winner. “I have paid close attention to the evolution of the field of behavioral finance and economics, and how people behave and respond to stimuli and incentives,” he shares. “So it made complete sense to me when Rare created The Center for Behavior & the Environment, since Rare works at the intersection of that way of thinking with real examples from the field.”

After a career “working indoors,” Gary Goldring feels fortunate to spend more time in nature and the field with organizations that ‘feel right’ to him. “I really like that people care about something other than themselves,” he reflects. “It’s different than the business worlds of my past.”  He shares some of his favorite memories with Rare in the field, laughing. “In Ecuador, we were caught on a little boat in a big storm, thinking we were going to die before we were somehow rescued.” Other visits left a similarly lasting impression. “People don’t just forget what they’ve learned from Rare’s campaigns. They learn to be proud of themselves and sustain their environment. It’s made a huge difference.”

“Every day brings a chance for something good,” Gary muses with finality. “It’s pretty simple.”

READ ABOUT MORE OF RARE’S DONORS