The 30×30 Campaign and the Case for Territorial Seas

With the global extinction crisis threatening biodiversity everywhere, the UN Convention on Biological Diversity (CBD) is set to adopt a Post-2020 Global Biodiversity Framework later this year, including a target around conserving 30% of land and ocean for the benefit of people and nature. The 30×30 campaign was launched to achieve this target and protect 30% of the land and sea by 2030.

What is the state of ocean protection?

According to a 2020 report from Protected Planet, only 7.74% of the ocean is protected. One of the main tools used for ocean protection are Marine Protected Areas (MPAs), defined areas of ocean legally protected from human activity with the defined purpose of conserving nature.

However, MPAs are mainly established far from shore and the biodiversity-rich waters of the territorial seas. Another important tool for ocean conservation is the Other Effective area-based Conservation Measure  (OECM). OECMs often balance ocean protection with sustainable production by local communities who depend on nature for food. They advance “equitable and effective conservation” and data show that they “make a significant contribution to coverage and connectivity.” Together, MPAs and OECMs can help achieve the 30% target.

What are territorial seas? 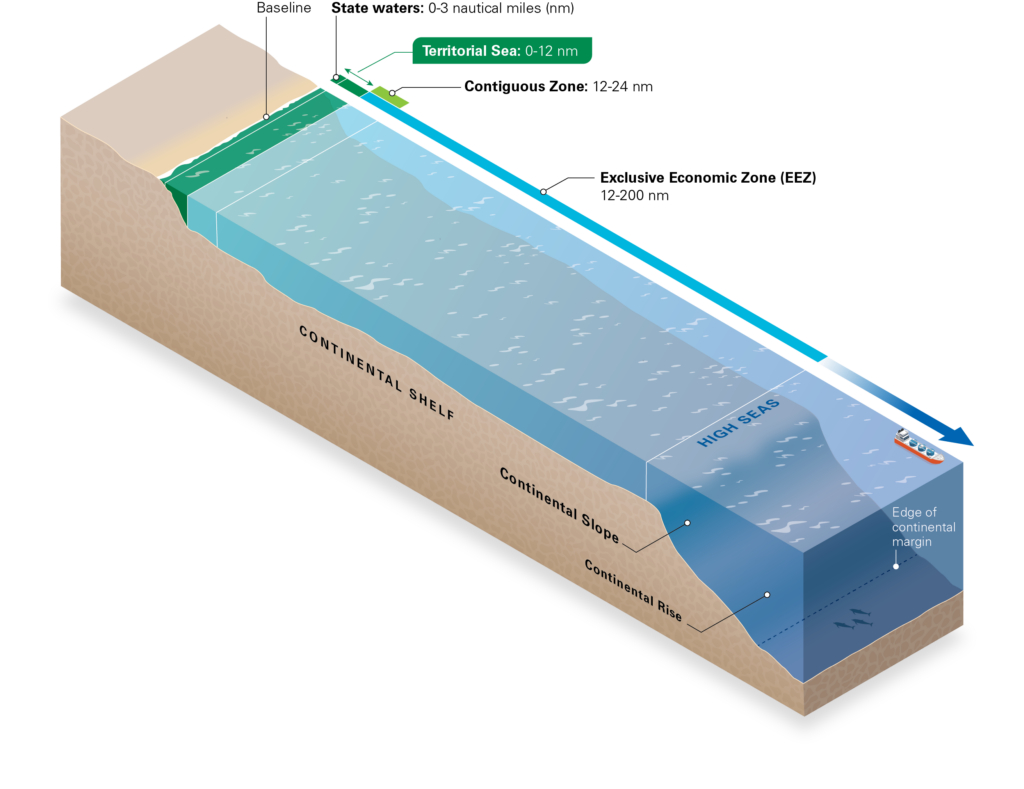 The term “territorial seas” refers to coastal ocean waters that are subject to the jurisdiction of a coastal nation. Territorial seas hold the vast store of the ocean’s wealth and riches. Extending up to 12 nautical miles from shore, these coastal waters make up only ~6% of the sea—yet they are where the ocean’s highest concentrations of biodiversity intersect with the areas of highest human need. Nearly 500 million people directly depend on the small-scale fisheries, most of which are found within these areas.

The territorial seas are crucial for…

What challenges do the territorial seas face?

Climate change, overfishing, pollution and other threats driven by human behavior jeopardize the health of coastal ecosystems. As these threats escalate, there is no greater priority for the ocean and the communities that depend on them than the systemic improvement of coastal fishery management and habitat conservation.

Protecting the Ocean, Meeting the Needs of Communities

Big MPAs are an effective conservation tool, but they’re not the only tool. Smaller, community-managed MPAs networked together can protect critical ecosystems, while also ensuring local coastal communities have access to a critical source of food and livelihoods. This management approach is central to Rare’s global Fish Forever program. Here’s how it works:

Managed Access with Reserves is a fisheries management system, which balances sustainable use (Managed Access) and protection (Reserves) to yield positive outcomes for people and nature. This proven co-management model puts local communities and local governments in control of the design, implementation, and enforcement of these management systems

Networks of fully protected reserves within territorial waters – designed to protect species’ full life cycle – can provide equal if not more biodiversity benefits compared to larger protected areas and are often the only feasible solution in near-shore waters. Bigger is not always better.

The impacts of the biodiversity crisis are felt most at the local level by the people closest to the resource. Engaging local governments, small-scale fishers, Indigenous Peoples, and other local stakeholders in the decision-making process around the management of coastal waters at the outset encourages participation by facilitating a sense of ownership and buy-in.

Read: Statement of Coastal 500 Global Network of Mayors on 30×30

WILL YOU GIVE TODAY?

A Historic Declaration Charts a New Course for Small-Scale...